Kilmadock House takes it's name from the Parish of Kilmadock.

Kilmadock parish (Scottish Gaelic Cille Mo Dog), named for Saint Cadoc, containing the settlements of Doune, Deanston, Buchany, Drumvaich, and Delvorich, is situated in Stirling council area, Scotland, and is on the southern border of the former county of Perthshire. Its length is 10 miles (16 km), its breadth from 2–8 miles (3.2–12.9 km), and with an area of 24,521 acres (99 km2).

The River Forth runs along its southern boundary, and the River Teith runs east-south-eastward through the centre. A flat tract of considerable breadth lies along the Forth Valley, flanked on each side by a hill-ridge. The valley is traversed by the Teith, and an upland tract, part of the Braes of Doune, ascends to the summit of Uamh Mhòr on the northern boundary. 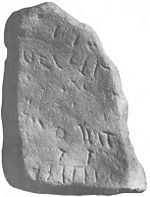